Hi! I’m Michał Kostewicz, creator of this blog. I’m living in Warsaw, Poland. I am a programmer by profession but it is also one of my passions. I’m using mostly Java and Kotlin but it is just a tool for me so I often use other languages. My first steps were writing simple Basic programs on an eight-bit Atari.

I wanted to play with several technologies in this project. First thing I wanted to see is how to do the authentication configuration in the Flutter application. I focused only on Flutter For Web although the project should be able to run on other platforms too. I used Keycloak as the authentication and authorization server. Keycloak can be safely treated as a swiss army knife when it comes to authorization and authentication. The last topic is the method of authorization using the JWT token in the application that will be used as an API (or resource server). I’m using Kotlin, Spring Boot, Web Flux, and the Spring Boot Oauth2 Resource Server starter library. All the source code can be found in my repository GitHub account.

The entire project can be run using docker-compose:

but let’s discuss the components of the project

Keycloak is an open source software product that allow single sign-on with identity and access management. For the purpose of this application it will serve as an authentication/authorization server. The entire authentication and authorization process will consist of the following steps: 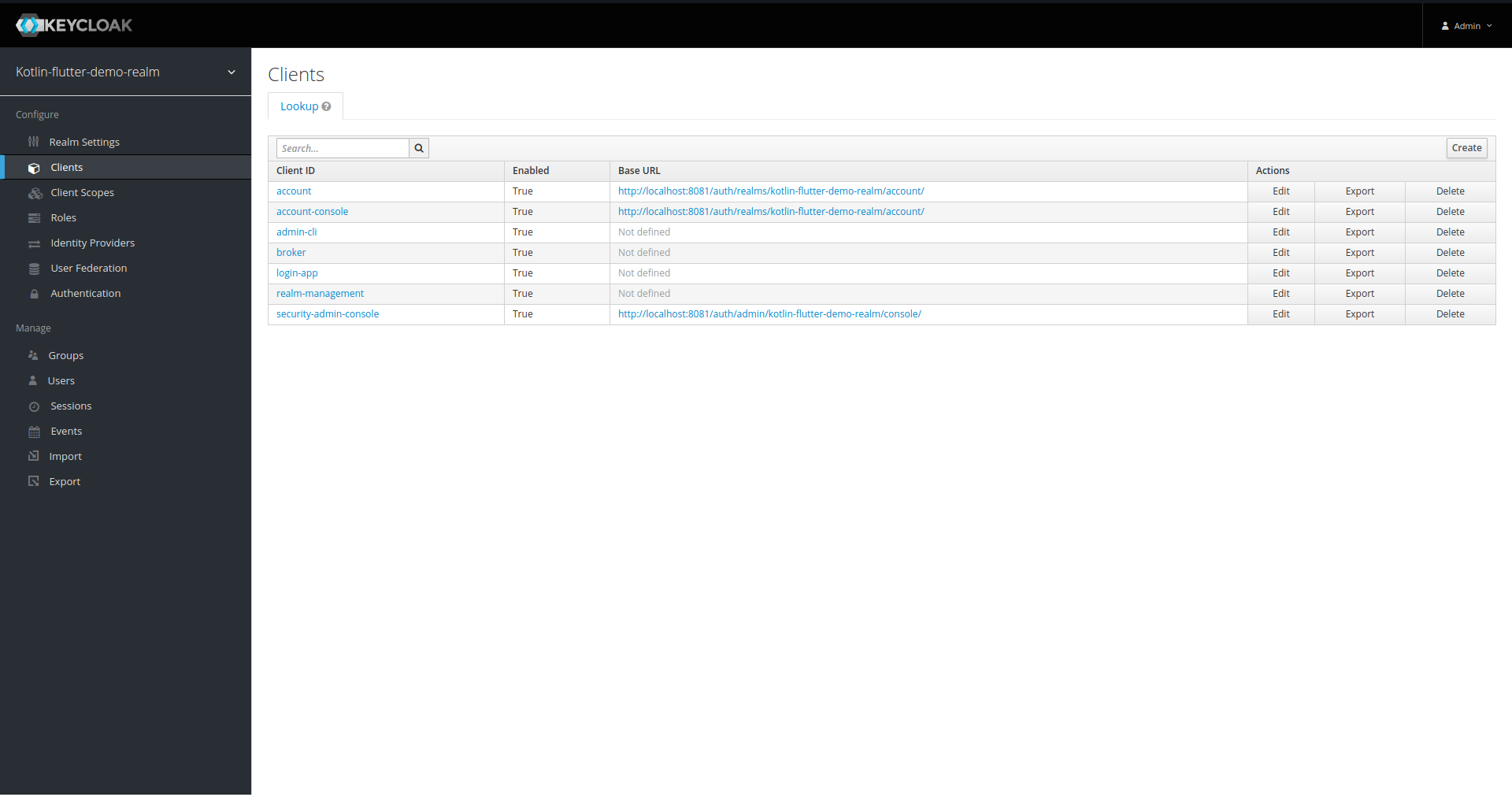 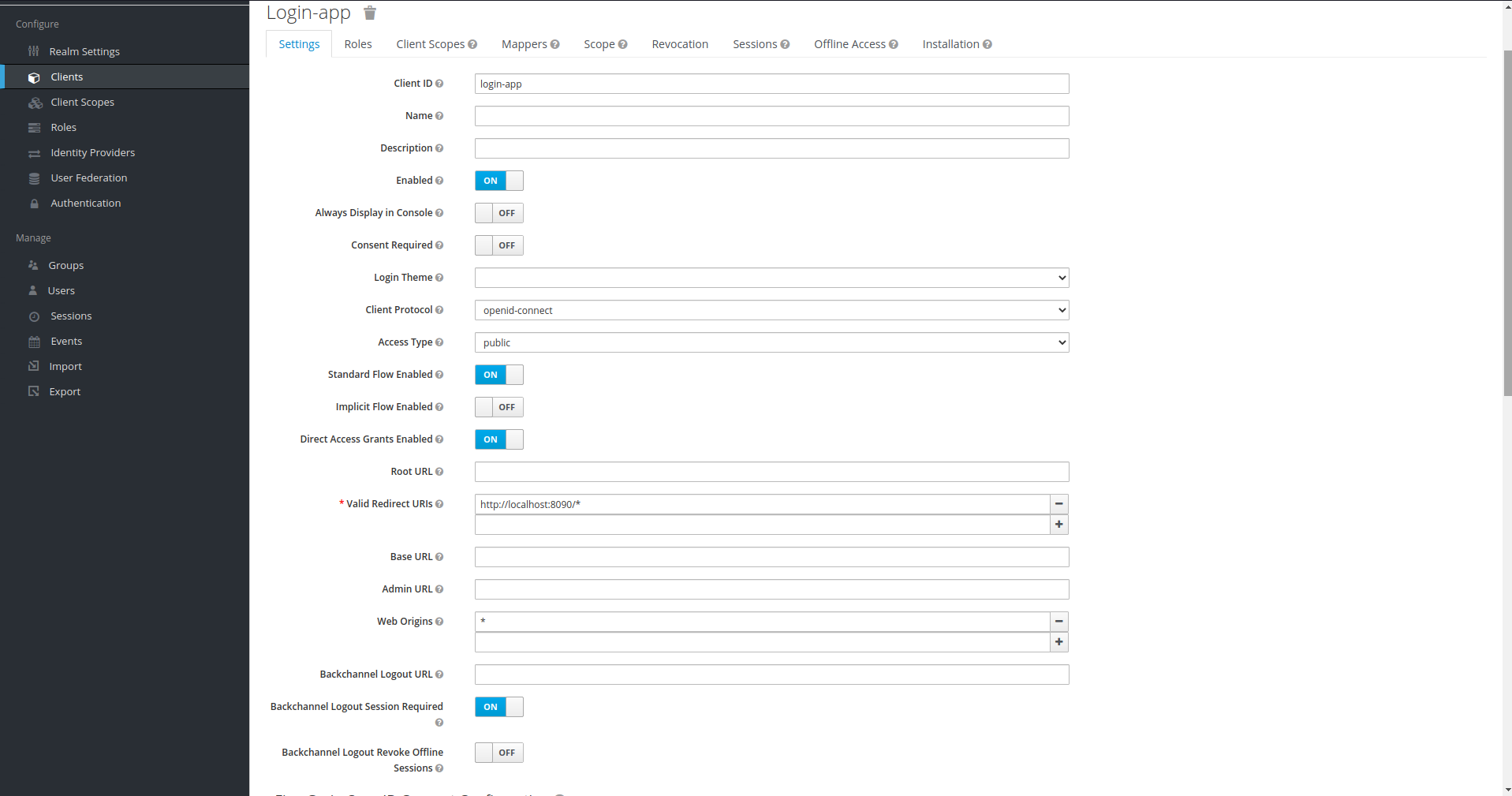 Note the configuration of Valid Redirect URIs and Web Origins. The first is important when we use the Keycloak login page to authenticate the user(I am not discussing this approach in this post). The second indicates domains that can request Keycloak API (CORS). If the application that is our GUI is running on the same domain as the keycloak then you do not need to configure anything here. Otherwise, enter a specific domain name. The current value of * (which means that every domain had access) is not safe and may only be used for development purposes

Entering Roles we can also see one added user role: 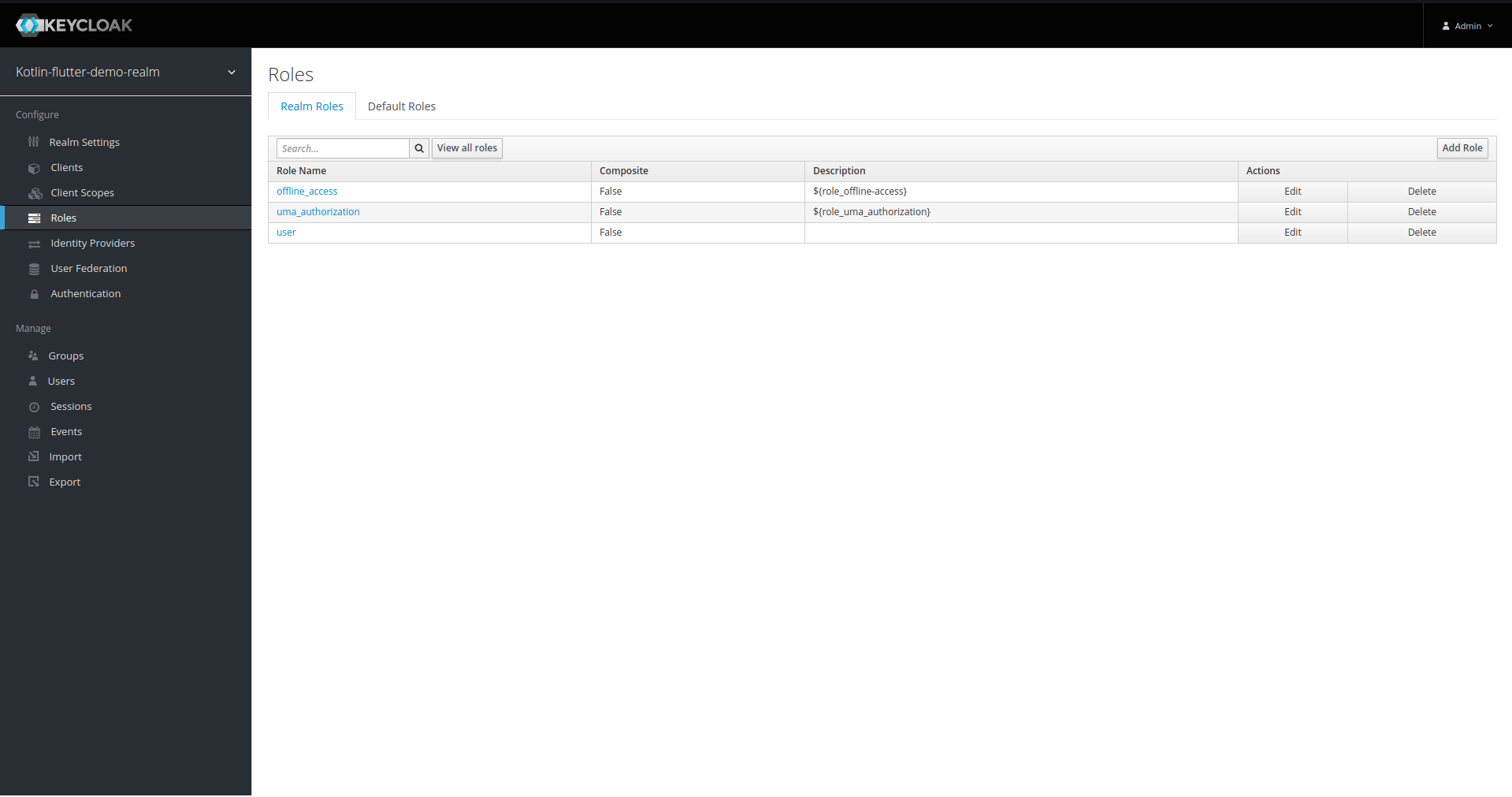 If you want to get more information about Keycloak configuration read about it e.g. Keycloak docs , Baeldung blog

Flutter is quite a new framework, and an even newer part of it is dedicated to web development. To start playing with Flutter, install it on your system according to the instructions on this page. And to add web support, follow the instruction on this page. Currently, Flutter 2 already supports web development in stable version (until recently only in beta). If you are using Flutter in version below 2 you need to issue following commands before creating a flutter project:

Then all you have to do is run flutter create myapp to create application scaffold.

Let’s move on to the application itself. The libraries necessary for the project to run are listed in the pubsec.yaml file:

I left the generated comments but the most important is the list of libraries under the dependencies section. As you can see, in addition to the SDK, I used the http library which provides the http client,flutter_flavor which allows to pass parameters to the application (this way I pass the main API address). The shared_preferences library is also important, it gives access to local storage in the web application, and on other platforms access to application databases.

When writing an application in Flutter, we create the code mainly in the lib and test directory, the rest of the directories are intended for individual platforms and their task is to run the builded code (for the platform). Of course, when developing for mobile platforms, we will probably tweak something platform sepcific source code ,at least some basic configuration.

Let’s start with the main file:

The only curiosity in this file is FalvorConfig which allows us to create various configurations, e.g. PROD, DEV.

Another FlutterApiDemoApp class is mentioned in the runApp method. Let’s take a look at the file flutter_api_demo_app.dart in which this class is located

The FlutterApiDemoApp class itself is rather simple and just defines the page title and the home part. As you can see I use another class for home part -> UserHomePage which extends StatefulWidget. It is a more complicated one, but I will cover it one by one:

Let’s take a look at the RestApiService service which is used to connect to the API:

The service is a singleton and hence the getInstance method. There are two important methods apiGetSecured and apiGetNotSecured that are used to connect to the API. The apiGetNotSecured method is simple and just does an http GET request and then parses the server’s response into the ApiResponse class. The second method is more complicated because if we want to connect to a secured endpoint, we must have a JWT token in the headers of that request. The JWT token is added to the header in the createAuthHeader method. The token is extracted in it using the retriveAccessToken method from the SessionStorageService service. Let’s take a look at this service.

This service is also singleton (like all of them in this applcation). Service uses the shared_preferences library, which allows for reading and writing from local storage for web applications (it can be also use in different platform to save in local database). saveAccessToken method saves token in local storage and retriveAccessToken retrives it from there

Now it is still worth pointing to the place where the saveAccessToken method is used. It is the login page:

It is a very simple widget. It displays the input fields for username and password, and after pressing the Log In button, the method attemptLogIn is triggered. If login is successful, you will be redirected to UserHomePage with your username, if not message is displayed. The attemptLogIn method uses the service AuthService which I will describe now.

This service has one method and one task, to authenticate the user in Keycloak and, if successful, save the JWT token.

I have described the entire code. I did not paste the code of the DTO models and the class containing constant fields used by services. You can see it in my repository

In order not to have to install Flutter on my system and be able to easily transfer the project to another computer, I added the Dockerfile_dev file to the project with the appropriate Flutter configuration, thanks to which I can use the Visual Studio Code Remote - Containers extension. This extension lets you use a Docker container as a full-featured development environment. You can read more about it on this page. The mentioned Dockerfile_dev file looks like this:

As you can see, there is nothing unusual here, we download FLutter and update packages. It is also necessary to configure the VS Code extension. It is located in the file .devcontainer/devcontainer:

We indicate in it the Dockerfile that we want to use and needed VS Code extensions which we will also use during development. There is also postCreateCommand which runs flutter pub get command (install packages) after container is created. There are many more configuration options - take a look at the documentation on the page I mentioned above. To run the docker configuration using the extension, click the green icon in the lower left corner of VS Code:

There is no difference when developing with Visual Studio Code Remote - Containers extension. If, for example, we want to run the Flutter application in debug mode, all we have to do is install the Dart Debug Extension in Chrome. To run the application use following launch command:

FLUTTER_WEB_PORT is set to 8090 in Dockerfile_dev so if you use VS Code extension then your application will start using this port.

If you want to debug please use the added launch configuration:

Sometimes VS Code shows you errors in the code, click on the Remote-Containers extension icon and click on Reopen ... this should help (you can also ignore them when you want to just run the application).

In the directory with flutter project I have also included the Dockerfile configuration which allows you to build and run the builded project:

This is multistage configuration. First part prepares Flutter environment and build application and then second part is Nginx server with basic configuration used to run this build. To build a project image simply run following command:

The application acting as the project API is written with Kotlin and Spring Boot 2 using the Spring WebFlux module. The application has two endpoints:

As you can see one of them is secured and one permits all connections. Security configuration using JWT tokens for an application using WebFlux should looks as follows:

I also added a simplified CORS filter configuration that allows you to connect from any foreign domain (*). Of course, this settung is not recommended and should be adjusted in production environment

I’ve also pushed some sample configuration for a project that does not use WebFlux (pl.codeaddict.flutterapi.config.nonreactive package) to repository.

In addition to the above classes, there are two more in the API project. First one serves as an endpoints response:

And the second one is just the main class for this application:

Ok, lets have a look at application.yml:

The first part is quite important. We are configuring the endpoint url that allows us to check the signature of the JWT token. Keycloak provides such an endpoint. The configuration for this is also added in docker-compose.yml file. Second part of the configuration is there to setup logging level in case of any troubles with security.

There is probably nothing special here except maybe jib plugin that allows to easily build a docker image with the application.

If you build all the docker images following the instructions in the above sections, you can run all parts of the project (API, GUI, Keycloak) with one command issued in the root of the project: 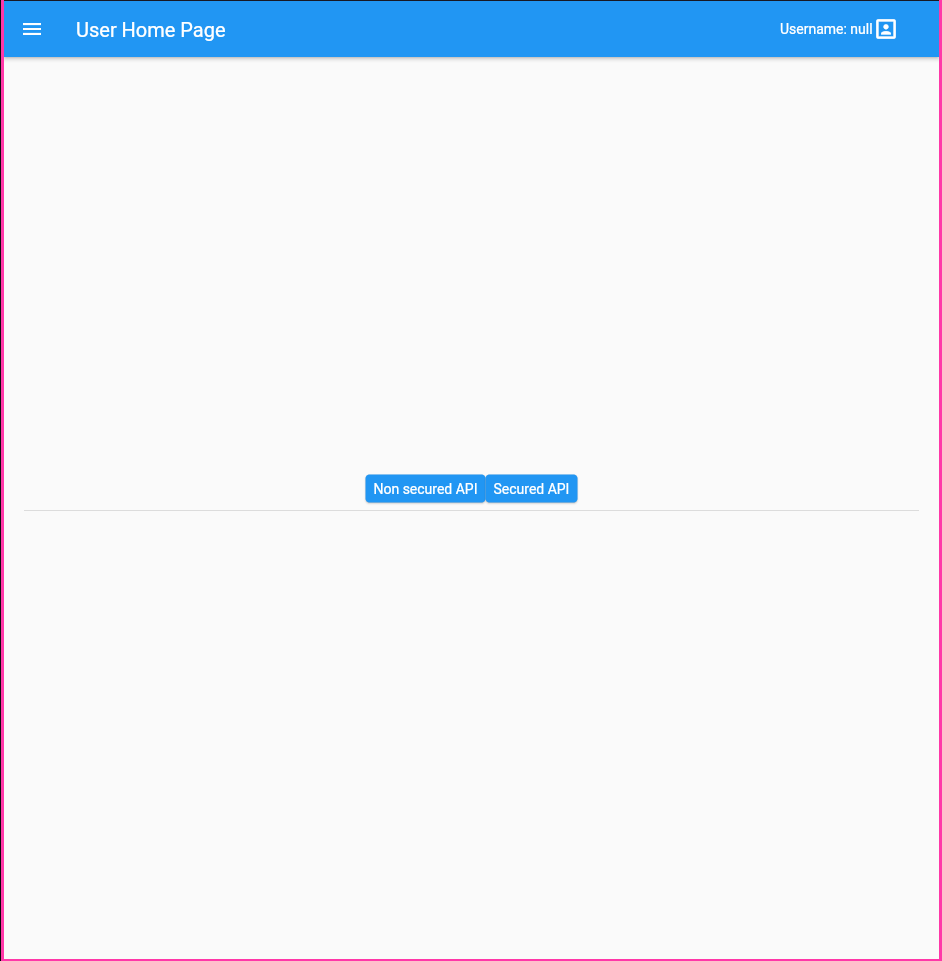 There are two buttons in the middle. One runs the endpoint /secured and the second is for/not-secured endpoint. In the upper right corner you can see the username, which if the user is not logged in is null (yes, I know it’s ugly

). There is an icon next to the username that leads to the login page. 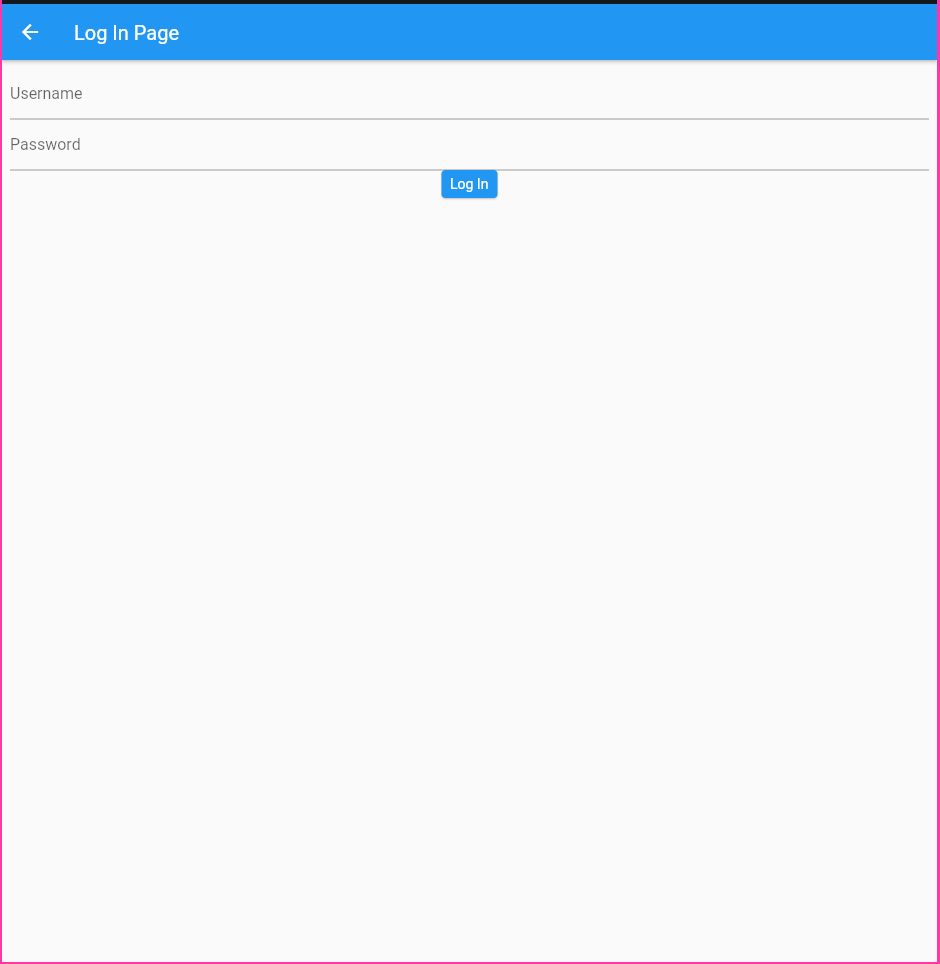 If you click on the icon next to the username, you will be taken to the login page. You can login using the user data added in Keycloak in our imported realm configuration (username -> user , password -> password). 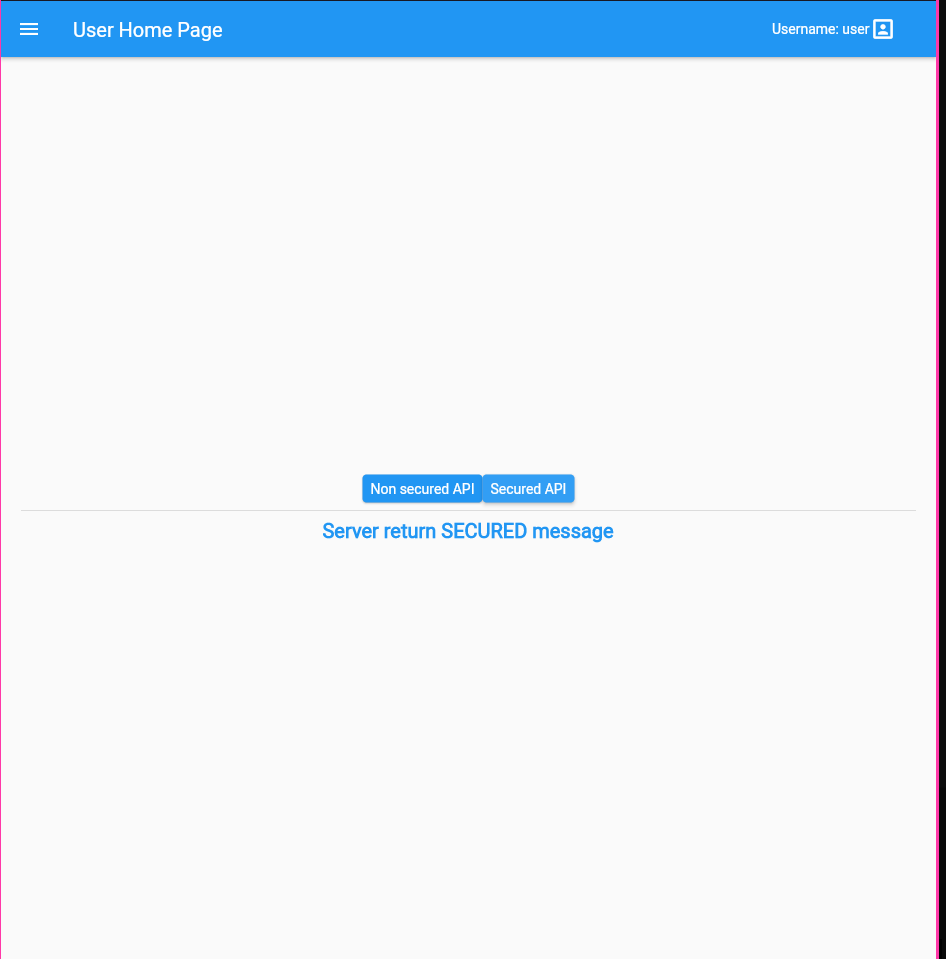 After logging in successfully, you will be redirected back to the home page where you can try out if /secured endpoint is accessible.

As an extra, in the curl-scripts directory, I created some useful curl scripts that calls to the secured and insecure API. Thanks to them, you can check the authentication in application and Keycloak API operation. There is also a script that refreshes ACCESS TOKEN using REFRESH TOKEN (I did not implement it in the application), so you can play around fit it.

What is missing in this project

. But it wasn’t my goal to implement everything. I think the most important shortcomings are:

This is it! You can find all the source code in my repository GitHub account. Have fun and thanks for reading!

You May Also Enjoy

How to write the first Kotlin code in Java project

How to bring image to life using machine learing